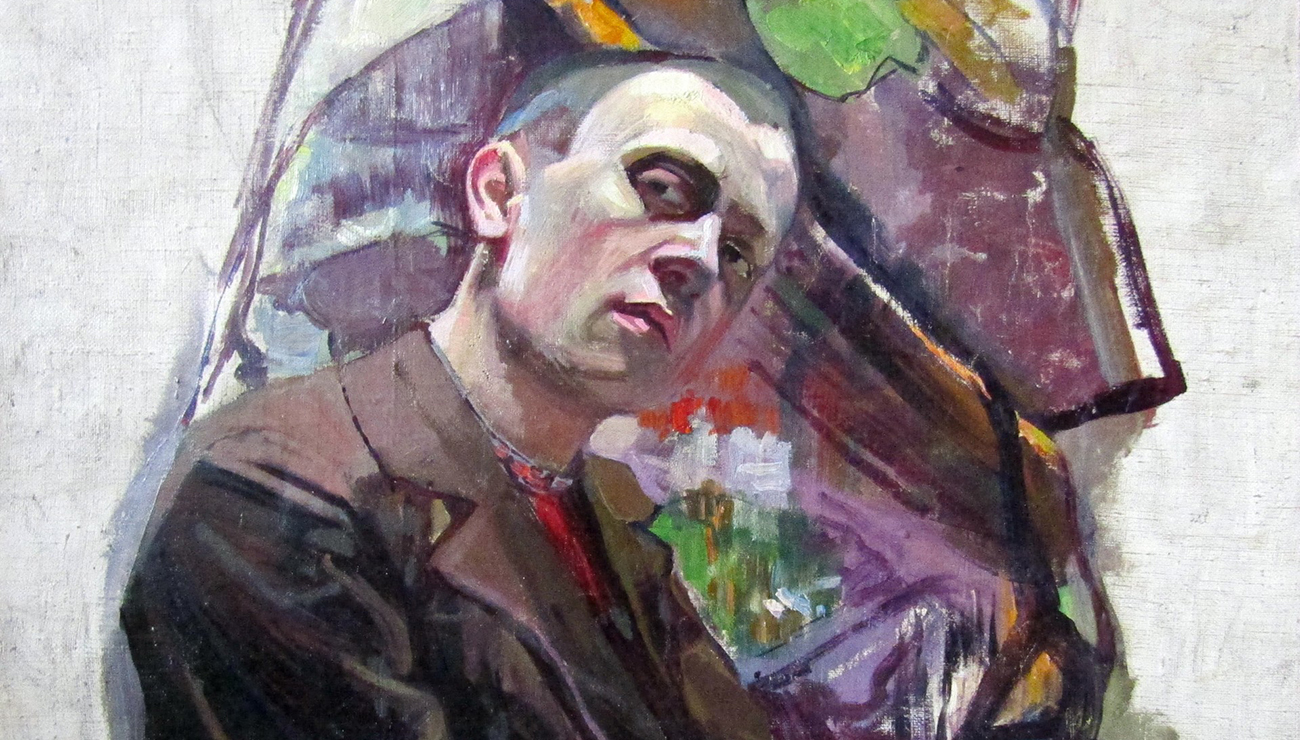 Mykhailo Zhuk was born in the town of Kakhovka, Kherson region, in the family of a painter. He studied at the Mykola Murashko Kyiv Drawing School, at the Moscow School of Painting, Sculpture and Architecture, as well as at The Jan Matejko Academy of Fine Arts in Krakоw.

It was in Krakow that Mykhailo Zhuk became interested in Art Nouveau, which literally captivated then Europe. The artist perfectly combined the achievements of European graphics with the traditions of Ukrainian folk painting with its gravitation towards the ornamental and decorativeness, thus creating a unified artistic style.

The book design was not left without the artist’s attention. He strove to instill in graphics new forms, to raise book design to the level of art.

In 1917 Zhuk took an active part in the creation of the Higher Art School in Ukraine – the Academy of Arts. He managed the portrait studio of this educational institution, where he received the title of professor.

During 1905-1916, the artist lived in Chernihiv. With this city Zhuk was united by many years of friendship with the Kotsiubynsky family, Mykola Lysenko, Mykola Voronyi, Pavlo Tychyna. Mykhailo Zhuk gathered creative personalities in his house, giving writers and artists the opportunity to communicate freely and fruitfully.

In easel graphics, the artist paid considerable attention to the creation of portraits of famous cultural figures. The portraits are documentary in nature, although they are made with a high degree of generalization. Accurately selected background elements, which are symbols of the hero’s creativity, often help to convey the inner state.

Mykhailo Zhuk was also a versatile graphic artist. Fascinated by the silhouette, he did not miss the bookplate, making a significant contribution to the formation of this genre in contemporary Ukrainian art. He had a synthetic sense of art. A consistent supporter of symbolism and Art Nouveau, he at the same time, mastered discoveries of new avant-garde trends. From 1917 Mykhailo Zhuk had the opportunity to communicate with such artists as Heorhiy Narbut, Vasyl Krychevsky and Mykhailo Boychuk. Probably they influenced the artist and prompted him to search for new forms.

Throughout the entire creative path of Mykhailo Zhuk, the poetical theme of flowers passes. These are elegant bouquets, fragile roses and gladiolus, dandelions and poppies, made in watercolor technique. The V. V. Vereshchagin Mykolaiv Art Museum collection has two graphic drawings of the artist: “Gladiolus. (Cannes)”, 1932, purchased from Odessa collector I.I. Volodin and “Flowers”, 1947, gifted by I.I. Volodin in 1980.

For almost 40 years, Mykhailo Zhuk’s work has been closely associated with Odessa (from 1925 to 1964). Here he taught and was vice-rector of the Art Institute.

In the last years of his life, the artist was seriously ill and bedridden. At this time Mykhailo Zhuk preferred literary activity: he wrote memoirs, poems, where he gave an honorable place to Odessa, its heroic past and, of course, the sea.