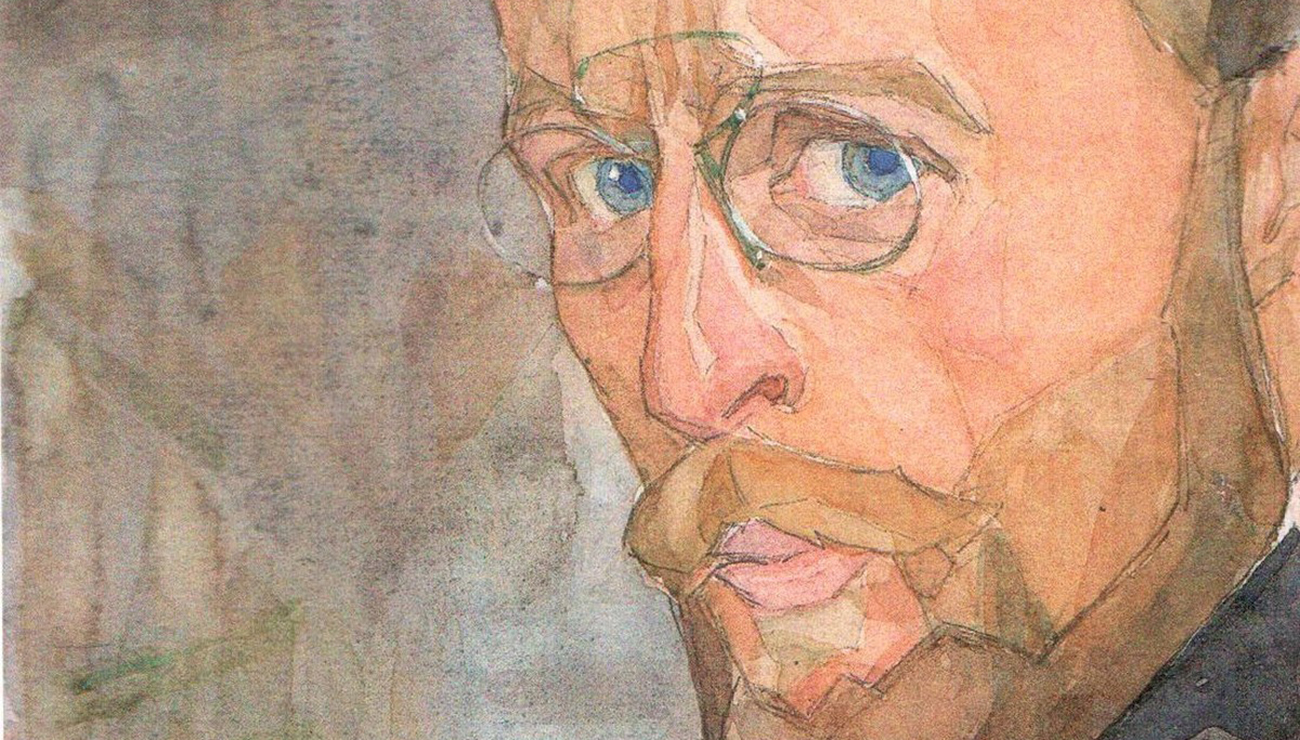 Oleksandr Kostiantynovych Bohomazov (1880-1930) entered the history of Ukrainian art as one of the founders of national cubo-futurism. During his lifetime Bohomazov was awarded the proud name “Ukrainian Picasso”.

Being one of the most talented artists of his time, in some way Bohomazov was removed from the artistic process: his figure has always been in the background in comparison with the names of the artists who determined the main line of development of socialist realism.

Oleksandr Kostiantynovych Bohomazov was one of a galaxy of outstanding ukrainian artists, who once defined the artistic atmosphere not only in Ukraine but also in Europe and even in the United States. Unfortunately, later a lot of them were discredited, disgraced and undeservedly forgotten. Among them there were such prominent artists as O. Archipenko, K. Malevich, M. Boychuk, D. Burliuk, A. Petrytsky, O. Ekster and many others.

They say that history will judge and put everything in its place. Probably the time has come to return from oblivion the glorious names that have entered the golden fund of our national culture.

Today, behind the name of O. Bohomazov stands the glory of the leader of the Ukrainian and Russian avant-garde, the author of numerous canvases that now are exhibited in museums and private collections in London, New York, Venice, Zurich, Tokyo, San Francisco, Zagreb and other cities. Bohomazov was also a widely recognised theoretician and teacher. Monographs and articles are devoted to the artist’s heritage.

O.K. Bohomazov was born on April 7, 1880 in Yampil, Kharkiv province. He studied in Kyiv and Moscow. In 1913-1916, the artist acquired the highest skill – Bohomazov’s touch became recognizable. He managed to convey the facial expression or mood of the hero using only the line. During this period, together with Olexandra Ekster, he founded the group “Kiltse”, which united young ukrainian avant-garde artists.

O.K. Bohomazov was both an outstanding artist and a talented teacher. In 1922-1930 he was a professor at the Kyiv Art Institute (now the National Academy of Visual Arts and Architecture).

He entered the history of art as an experimenter. Bohomazov was fascinated by impressionism, spectralism and cubo-futurism, and even founded a cubo-futurist coterie in Kyiv. Bohomazov was also an art theorist. His works “Painting and Elements” (1914), “Thoughts about Art” (1915-1916) are devoted to the search for answers. How do artists and a viewer understand each other? What an artist must know and be able to do in order for a painting to evoke precisely those emotions of the viewer that he wanted to convey?

Now Bohomazov is recognized as the leader of the Ukrainian and Russian avant-garde. He is well known in the world, his works constitute an important part of the collection both in museums and private collections.

In 1979, the collection of The V. V. Vereshchagin Mykolaiv Art Museum was replenished with six works by O.K. Bohomazov. The works were purchased from Yaroslava Oleksandrivna Ivanikova-Bohomazova, Bohomazov’s daughter. These are “Wife Portrait” and five graphic drawings (3 sketches, schizzo and etude) made with a graphic pencil. There were no creation dates, names of drawings and names of paintings for which these drawings were created. Candidate of Art Sciences, senior researcher of NAMU O.D. Kashuba-Volvach conducted an attribution study, which gave the answers to the questions above mentioned.

О. Bohomazov has always been attached to his family. His daughter and wife, the Kyiv artist Vanda Monastyrska, were his muses. Their images he reproduced in numerous portraits. The “Wife Portrait” from the museum collection is dated to the second half of the 1920s.  The date was established based on comparison with a dated photo of Vanda Monastyrska from the family archives. Analysis of О. Bohomazov’s workstyle also confirmed the suggested date of creation since at the end of the artist’s life, in his drawings, the Bohomazov used certain techniques when creating the shape of the depicted objects.

The dates of creation of five sketches and the names of the paintings for which they were made were also established.

The acquired graphic drawings by O.K. Bohomazov represent an interesting and important period in the artist’s work in the 1920s.